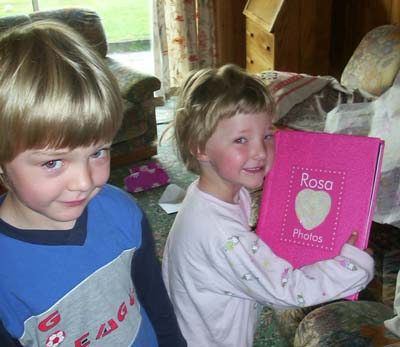 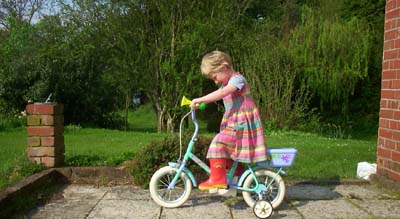 Posted by tomski at 11:49 PM
Perfect Solution to Connect 4

I've "known" for a while that the game Connect 4 (or 'Four in a Row') had been 'solved', where solved mean't that someone had developed a perfect strategy to win every time.

Today I happened across a piece on Connect 4 theory by the mercurial and mysterious Cal. It set me off hunting to see if my "knowledge" was fact or folklore.

Turns out it was fact, but I had to do some postcript to PDF jiggerypokery before I could read it myself. (300k PDF).

Respect to Victor Allis (for it was he) for choosing such a great research topic for his Masters.

And the answer? Whoever plays first can always win.

I've just been browsing the Wired UK archive in a moment of morbid fascination.

This jumped out from a sexywiredstyleinsidecovergraphicthingy...

"Our artists no longer try to put us in touch with God and the eternal, but with the infinity of our own archives."

At the time I'd have thought Jim was talking wiredcybershite, but with the passing of years I can suddenly see he was on to something.

Posted by tomski at 07:08 PM
Claimed User Stats: Tricks of The Trade

The piece carries some stats that just don't add up for me.

These days it's only the poor old Government that whitters on about hits rather than users. Pity them as they seek to justify the money they burn on tripe.

However, when it comes to claimed users, you can get your log-derived statistics audited, like Upmystreet did in January. They claim 660,000, but they also paid ABC to verify that claim. Newspapermen will be familiar with ABC - even before this new-fangled interweb came along, they did the same job so that advertisers could trust publishers and vice versa.

But how do you estimate for a non-audited site? There's a few tricks that every hack should have in his repertoire:

If, as a hack, you suspect someone might be fibbing to you about their site traffic, you may have to consider whether they would fib about other things....

NB Interesting little side project for someone to build: take audited traffic numbers, and plot them against alexa rankings. From the curve (if it was good), you could then estimate traffic numbers for all sites.

Morphing UpMyStreet into one mother of a local message board was Stef's idea, not mine. I think.

Back then we never sussed how to stop nutters using it to track down people's homes or deal with the knotty issue of how you reached critical mass... ideas are easy; making them work is the hard bit.

The very original idea for UpMyStreet (why not link house prices to postcodes?) was James Bilefield's. I think James is now deeply senior at Yahoo! UK.

Stef and I took that idea then scoured the web for all manner of other geo-referenced data. My proudest moment was deploying some, erm, Russion tools to decompile a 10Mb Windows Help File (!!!??!) containing all the UK schools performance data. Stef learned sed and spidered his way across large chunks of the .gov.uk and parliament.uk Then he pissed off to Burning Man 10 days before launch, the tart.

Alaric (then a first year uni student) wrote most of the code. Alaric is utterly adorable, and humoured our rampant feature creep with barely a complaint.

Ian Jordan (now at Ebay UK) did the original graphic design and HTML.

We really did build it on a budget of 8k. Could do it again for not much more.

Posted by tomski at 11:30 PM
St. George and the English Country Garden 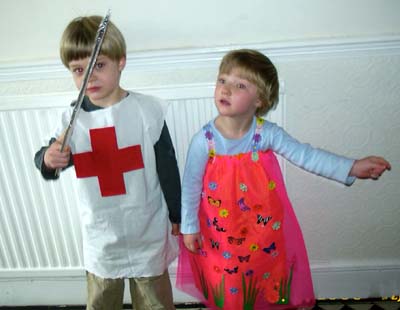 Well, or is it. The features are quite cool, but it still feels a frigging mess.

Less is so much more. So long as the less is totally psychic.

Posted by tomski at 10:24 PM
A random trawl of my hard drive


"When I was younger, people used to say to me, 'Get a life' and
I'd always wonder what exactly the expression meant
Now I know.
I go out and all I see are people who are lost - spiritually,
emotionally, psychologically.
They're lost and the thing is they don't even know it.
At least I know I'm lost.
I guess I'm just trying to get a life..."

Posted by tomski at 11:43 PM
UpMySwannee

UpMyStreet is up for sale.

I remember getting Jo to knock up this For Sale sign back in November 1998.

Didn't get a buyer then. I really hope they do this time.

Sad, but also, weirdly. it's come as something of a relief.