Phil has been working on something a little different for a while now... today it sees the light of day ready for kick off on Jan 1.

Pepys' diary in handy weblog format, starting 1st January. Any comments on the idea, design, text, anything, do let me know. It's a bit daunting, because if I see this through to the end it's going to be around 2012 by the time I get through it all...

Anyway, please do tell anyone who might be vaguely interested, as it'd be good if people started reading it from the start on Wednesday. Thanks!

Strike me as a Creative Commons vision writ long...

Posted by tomski at 10:28 AM
Balkanised Babyfoot

Croatia were simply *too* good, but I felt Matt and I did our small Balkan state proud last night at Bar Kick... 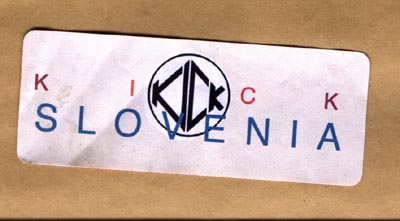 But we really should've had Brazil... no really...

Posted by tomski at 12:07 AM
Creative Commons Explained

So, Azeem's been going on about his idea for an 'open' BBC Public License (or BPL for short) for a while now.

Safe to say, it's sparked debate - but only amongst those who *already* understand why IPR (Intellectual Property Rights) lie right at the heart of the future of interactive media.

For example, what does Azeem really mean by 'open'? Copyright free? Eh? Isn't that all terribly legalistical and scarilogical?

Nope. It's dead simple, really. Courtesy of Danny comes the news that those clever people at Creative Commons have just issued a rather fine Flash animation (1.1Mb) which explains better than I'll ever manage the potential of enabling rights holders to indicate that they don't mind some reuse & rehashing of their original material.

Posted by tomski at 12:36 AM
Santa's Squirrel

Rosa in her gear for her school play... 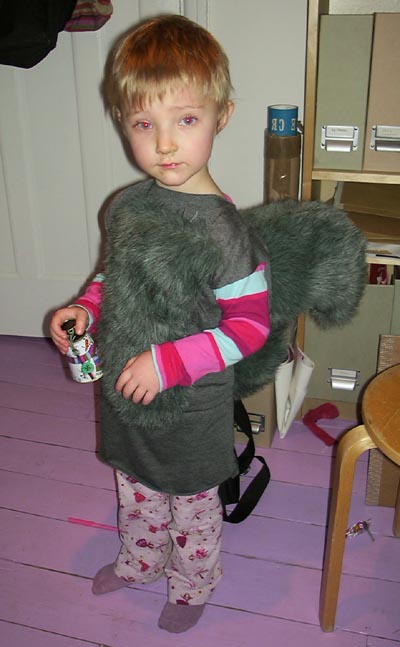 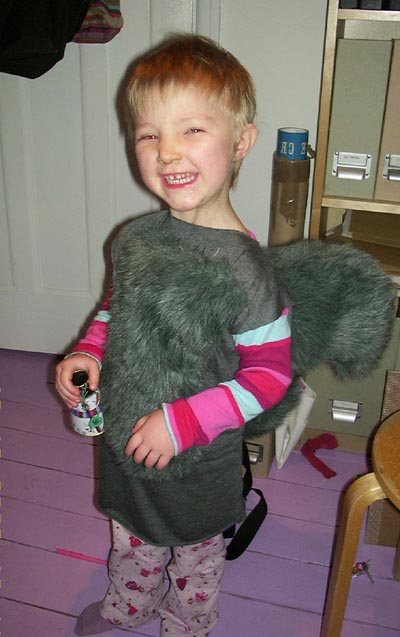 Posted by tomski at 03:54 PM
Man In Charge Of What People Should Say On The Telephone

Danny, as is his wont, has just managed to describe in one pithy phrase absolutely everything of any interest that I've learned about broadband... Loosemore's Law notwithstanding.

I know I'm horribly compromised, but Book of the Future is well worth a look, if only to see how long it lasts before it gets colonised by invaders from H2G2

I just with they'd leave some Big Words on the homepage to explain what it's all about (collaborative exercise in describing how the world might be in 2020).